Though we had a lineup of 6 potential IPOs, and were on-watch for a Stealth IPO, 5 were cancelled or postponed, and the one that did go live was a pretty tough one to have caught… but if you did, well…

Ok, we’ll cover it in a bit, but wanted to post an update on the Campaign to Buy Streaming Gear: I’m very THANKFUL for all of you who contributed. The lighting has all arrived, and some of you noticed the improvement on last Monday’s Benzinga show. The new lens, along with the contributions that Benzinga sent out: a microphone, new headset, and LCD camera monitor, have all been shipped out and hopefully will arrive next week.

It’s not too late to add contributions, additional funds would go towards buying a license for video editing software (Camtasia):

Aeroclean Technologies (AERC) priced at $10, and with a float of just 2.5M shares and COVID angle, looked like a prime IPO debut play. I had said at the start of the week that if a gun was pointed at my head and I had to pick one IPO to play this week, it would be this one. Well, perhaps that would have been for the best, as I got spooked by the debut price when it indicated at $50, then $60 before going live at $40, and could not justify the downside risk at such price levels. The first halt up to $44 didn’t surprise me so much, as the 4 subsequent halts that ripped up to a high over $101.87. It then it went on a spotty, yet volatile reversion to $70, then back up to $97, and has been choppy since then, with a Day 2 run back up $97, but mostly stabilized in the $70-80 range. Not bad for a company with zero revenues. I can’s say I’ve seen anything like this outside of suspicious Chinese money laundering plays, but then again, perhaps any company that IPOs on the day before Thansgiving should have been more obviously up to some shenanigans. Oh well, these types of plays are purposefully hard to pick up on, and the only lesson I can come up with from watching it is that when we see a ridiculously high debut price, paired with a tiny opening sales volume in the IPO Crossing, with buy-side imbalances in the double and triple digits, then volume is low, demand is high, and that leads to upward momentum.
I’m not kicking myself for missing this one, but will certainly remember it for a long time.

NOTE: this is not financial advice, and I am not a financial advisor: this information is just my opinion and is for informational purposes only. I may have or take positions in the equities mentioned in this article in the next 72 hours. Trading equities is risky. Do your own research,and trade your own trade.

Play a Song - Save a Dog 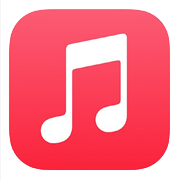